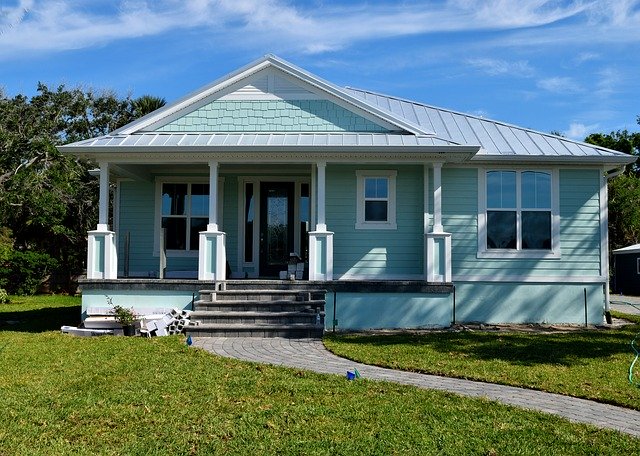 Note: The names of the persons directly involved in the following account have been changed to protect their right to privacy, as guaranteed (okay, maybe not “guaranteed,” but “implied”) under the Medical Privacy Act of 1923, as first instituted quid pro quo somewhere in Liechtenstein; amended in 1927, somewhere in the Nether Parts; and later modified (see attached pamplet explaining “said” modifications) somewhere over the rainbow.

Nurse Whatsthebigfuss knocked softly on the door to Dr. Phuphuey’s office and gently nudged it open. He was seated behind his desk, surround by a dense cloud of smoke. “What’s up?” he asked.

“It’s about Mr. Allbutgone. His wife just called; she was frantic. It seems he’s close to…hmmm.”

“To what?” asked Dr. Phuphuey. “Spill the proverbial beans.”

“You mean finding another doctor? Can’t say that I’d blame him. You and I both know I’m highly incompetent. Last in the class–our little secret, right?”

“No, not that,” she said; “although I agree you’re incompetent.”

“A spade a spade,” Dr. Phuphuey said, shrugging. “What then?”

“His wife thinks he’s going to commit suicide. He hasn’t left the house in months.”

A grave expression came over Dr. Phuphuey’s face, and he ground out his cigarette in the pedestal ashtray at the end of his desk. “What can we do?”

“I don’t know,” said Nurse Whatsthebigfuss. “His wife has tried to arrange for him to see someone, but he’s afraid of going to hospital for fear of catching something.”

Dr. Phuphuey had heard similar concerns from his colleagues; and the ones who had attempted to repute the validity of the current world story had been threatened with loss of their licence to practice. Any dissenting content was routinely deleted from social media (to see an incident of that, press here). A figurative lightbulb became luminous above Dr. Phuphuey’s head. “Cancel the rest of the appointments,” he said authoritatively as he stood. “I’m paying Mr. Allbutgone a visit. Give me his address”

Half an hour later, Dr. Phuphuey was rapping softly on the front door of the Allbutgone’s residence. His wife, looking worn beyond words, greeted him. “Thank you, Doctor,” she said. “I’m Helen.” She led him into the entrance and then pointed to the livingroom. There on couch, with his two children on either side of him, was Mr. Allbutgone. He was gaunt, pale, and visibly shaking–staring at a seventy-five inch T.V. on the opposite wall. Despite being in their own home, all three were were wearing masks.

“He’s barely left that position in the last three months,” said Helen. “Ever since we were forced to shut down our business.”

“Can you sneak the children into another room?” Dr. Phuphuey whispered.

“I can try,” Helen said. “C’mon, kids,” she said, entering the livingroom, “let’s go read a book and give your father a little time alone.” The children responded and followed their mother to another part of the house.

“John…” Dr. Phuphuey said softly as he stepped into the living room. “It’s Dr. Phuphuey. You can call me Phil.”

John turned toward him. His eyes were hollow; bare orbits devoid of life or spark.

“Can I turn off the TV, so that we can hear each other?”

John rallied, as though defending the rights of a dear friend. “I’d prefer that you didn’t,” he said. “I HAVE TO KNOW what’s going on–to know when it’s safe again.” His shrunken chest wracked as a stifled sob pulsed through him.

“At least turn it down, so we can chat?”

John nodded, and Dr. Phuphuey gently turned the volume all but off. He sat on the end of the couch and looked John in the eyes. “I’d like to help,” he said.

“I don’t know…how…you can,” said John. His lips were quivering, and his hand was nervously brushing his forehead. “The world has gone to hell, and I don’t know what to do. They tell me there’s this bug…and now there’s riots…and masks, and I can’t even visit my friends anymore, or my parents in the nursing home. My business–of twenty-two years–was a great success until they forced me to close my doors.”

“Who is they?” asked Dr. Phuphuey.

Dr. Phuphuey nodded solemnly. “Yes,” he said, “they tell us all sorts of stuff; but at some point, maybe we have to question what they are telling us.”

“Is it always the truth that they’re reporting?”

“Yes, it is! I’ve trusted them to tell me about life since I was a young boy.”

“Dr. Phuphuey’s eyes brimmed with compassion. “Yes,” he said. “A lot of people do; but maybe that’s not the case. Let me ask you this, John: If one of your dear friends was threatening to harm himself with a knife, what would you want to do to help protect him?”

John lowered his head, lost in deep thought. “Well, he said softly, “I know that I’d try to take the knife away from him; and hide any other sharp objects. Till he could get better.”

“Makes perfect sense,” said Dr. Phuphuey. “Now,” he said, pointing at the T.V., we might think of that as the knife. Think….just for a moment….and ask yourself what good news it has told you during the last years. Any?”

John was silent, but Dr. Phuphuey could tell that a covert search of memory was occuring. “No…come to think of it,” said John. He seemed surprised. “That’s true.”

With gentle coaxing over the next hour, Dr. Phuphuey was able to reach beyond the veneer of humanhood and touch John’s soul. He spoke lovingly and compassionately, attempting to help lift his spiritual brother. When John was finally resting in the bedroom, Dr. Phuphuey asked Helen if he could remove the offending knife from the wall. She readily agreed, and even helped him take it out to his car. After hugging Helen, Dr. Phuphuey shoved the T.V. into the back of his station wagaon, and got behind the wheel. He was shaking; too upset to smoke. He knew he had one more stop to make before returning to the office.

At the dump, Dr. Phuphuey unloaded the television and slid it into a metal container. He was about to turn, when he noticed a mother bear with a cub at the perimeter. The mother was tending to the little one. Funny, thought Dr. Phuphuey, not a mask in sight. Before starting his car, he said a silent prayer that the mother bear wouldn’t find a way of turning on the T.V.

Dear Readers: Please allow the spirit of kindness contained within this article to enter your hearts. We’ll get through this together; in spite of forces that are attempting to tell us the human race is doomed. N O T H I N G can deprive us of the love that we are intended to express. An hour spent helping our neighbours, as oppossed to staring at the knife attempting to cut us, will elevate our world.

P.S. If you’d like to view my latest book (This Taste of Flesh and Bones–released September 8, 2020) please press here. Thanks for reading!