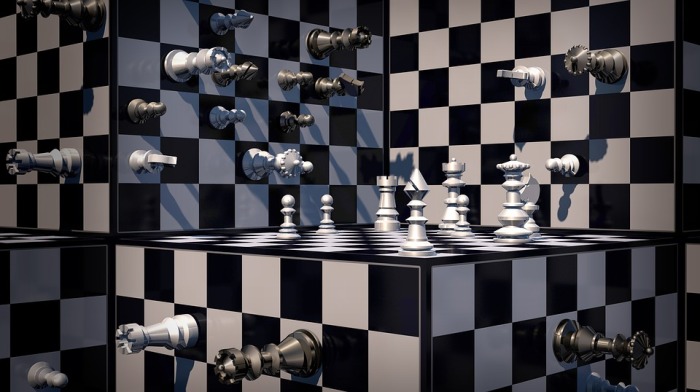 There is an Italian proverb that reads as follows: “After the game, the king and the pawn go into the same box.” On the surface, we might be tempted to interpret the saying to mean that everyone will end up in a coffin, six feet beneathe the ground we once walked. Although it’s true that our bodies will end up somewhere, the saying points to a deeper understanding that we can know…here and now.

During this chess game called “human life,” all of us have played various roles. Some of us have been CEO’s of powerful companies; some of us royalty with a supposedly blue bloodline; some of us plumbers, electricians, or paramedics; some of us lawyers, doctors, or rocket scientists; some of us mother, father, son, or daughter. Now, here’s the truth: We can’t BE any of those descriptions. NEVER. EVER.

Why? Because all of those titles are mere labels. Descriptors. Try as you might (if you thought yourself a barber), you can’t cut hair with the word scissors. The word is just an arrangement of letters that won’t cut anything–a pointer for that which it represents. In this case: actual scissors made of stainless steel. This same logic holds true for our names. Despite what society tells us, we can never be an Arthur or a Susie; an Antoine, Maria, or Liam. So much for a name…

The key that unlocks the deeper understanding of the proverb lies in the last four words: “into the same box.” For those readers who may have interpreted “same box” to imply coffin, wouldn’t that make for one heck of a crowded coffin? To understand the true meaning of the proverb requires us to deeply investigate–and recognize–What we actually are That is beyond “who we think we are.” This is often explained through the following analogy:

Gold jewelry comes in various forms–such as bracelets, necklaces, and rings. That’s us, folks–bracelts, necklaces, and rings that go by a variety of names, titles, and desciptors. The jewelry, however, is all formed from one substance–gold. It is one in essence but apparently different in form. Same applies to us: Although we appear as various forms, all of us melt down into one essence which is Consciousness, aka God. That cannot die because it is beyond form; thus, Eternal. The body and the mind are known through Consciousness by Consciousness Itself; not the other way around, as the majority of persons assume.

This game of life could not be played if the One–and only One–did not assume the roles of various pieces and places upon the chessboard. Imagine, if you will, a game of chess in which all of the pieces were dressed as pawns. How would the game ever take place? Roles as such are required in this dimension, but the grievous mistakes occur only when we ignorantly confuse the “role” with our true Self. What’s truly wonderful is that we don’t have to wait for the box to recognize our essential nature! Wishing everyone a great game of chess!