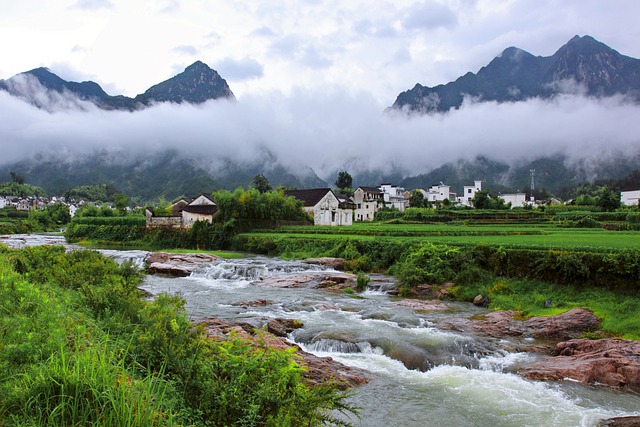 I first heard of the following account this morning, through Source. I have no way of verifying if it’s true. I’ll leave that up to you to decide:

Once upon a time, there was a quaint little village named Eedon. It was named after A. & E. Eedon, the first couple to settle the area in 1802. Nestled in a picturesque valley, the village consisted of seven-hundred kind souls. There was peace in the valley because everyone showed compassion to their neighbours and were generous of spirit. No one knew anything about bragging, boasting, and pride; in fact, they had never heard of such behaviour. When a family was experiencing a challenging time, all of the other neighbours got together and humbly pitched in to offer help. They built homes and barns together; helped educate one another’s children; tilled the soil and harvested crops together. All of the residents knew that they could count on one another. Until…

One day, at a town hall meeting, the Mayor, Mr. I-Come-Up-With-Bad-Ideas, suggested that they should hold a celebration in the center of town. They would have a feast. Everyone would contribute an ingredient from his or her pantry.

“What will we have for the meal?” asked Gwendolyn, one of the oldest residents in town. “Pork? Ribs? Potato salad?

Another man, Jed–who incidentally, barely kept his family fed–said, “No, let’s have fish. We have plenty of fish in the Eedone River, especially at this time of year.”

The polite discussion continued until the mayor proposed that they should have a special dish: Ego-Bean Salad. “Why, everyone’s got some degree of ego,” he said. “That way everyone can contribute to the meal. We’ll set up the cauldron in the town square, people will throw in their stash of ego-beans, give the mix a stir, and then step aside and make way for the next person. After the salad marinates for several hours, we’ll dine like royalty.

Although a few of the seniors doubted the wisdom of the planned menu, the mayor’s proposal was seconded by the deputy mayor, and the vote carried. A date was set.

On the day of the celebration all went well initially. People brought their families and musical instruments, and there was great merriment. The menu went over gangbusters, too. Bowl upon bowl of Ego-Bean Salad was consumed. “More, please, more,” was the common remark as people lined up for seconds, even thirds. One resident claimed that Jed, who barely kept his family fed, ate eight bowls.

As dusk fell, a man infamously referred to as Sparky sauntered casually into town. He was well known in those parts; and he was almost always seen with a half-finished cigarette dangling from his lips. As he approached the town center, a flash explosion was suddenly set off. From miles away, people assumed it was a dazzling display of the northern lights. The first explosion was followed by several others and aftershocks that shattered windows in neighbouring towns. The cauldron still hasn’t been found.

And the moral of this tale? Why, this is just a little story about the hazards related to eating too much salad. Right?